Like most Americans, we take water for granted, at least until we hear of stories like Flint, Michigan.

“Flint was a wake-up call for Americans, but it’s not the only place in the United States with tap water problems,” says Erik Olson, director of Natural Resources Defense Council’s Health program. “Thousands of other cities and small towns across the country are serving water with lead or other contamination problems to millions of people.” The NRDC Health team has fought to protect drinking water—both locally and nationally—for decades. In fact, Lynn Thorp, national campaigns director for the nonprofit organization Clean Water Action, says NRDC has been the group’s most valued partner in efforts to enforce the federal Safe Drinking Water Act. “Together we’ve been a watchdog for the public at every stage of implementation and for all the many parts of the law,” she says.

Just two years ago, nearly 77 million Americans got their drinking water from systems that violated the federal protections. Listed below are just a few types of contamination that cause greater health risks for children and pregnant women. Avoid these risks by having our team perform a free water test.

Lead. Most popular for contamination, can cause neurological and behavioral problems. It is more common in areas with older water systems. Even if your home is less than 20 years old, it may still contain traces of lead and is highly recommended to have your water tested.

Pharmaceuticals. We never stop and think about the seriousness of this type of contamination. Prescription drugs enter our water supply when patients release traces of medications through their urine or when medications are flushed down the drain.

For people whose immune systems have a lessened ability to defend against illness—such as pregnant women, the very young, the elderly, those on cancer chemotherapy, and those living with AIDS—the Centers for Disease Control and Prevention recommends the following:

Boil water for drinking, cooking, or making infant formula (unless your water contains elevated levels of lead or arsenic); or drink bottled water that has been treated by reverse osmosis, distillation, or filtration with an absolute 1 micron (or smaller) filter. 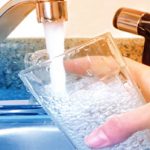 Americans Perceptions on the Quality of WaterBlog 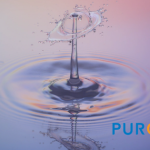