Maintaining proper hand hygiene is important to stop the spread of germs and avoid getting sick, but how many of us are washing our hands as frequently as we should be?

How Important is Handwashing? 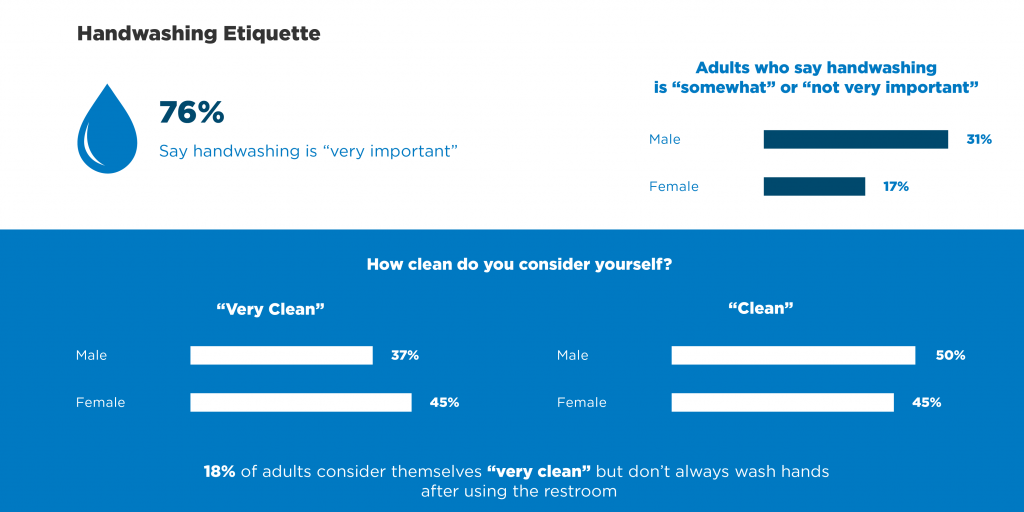 According to respondents, a majority say handwashing is “very important.” In fact, handwashing is so important that it is considered one of the best ways to prevent you or your family from getting sick, according to the Centers for Disease Control and Prevention (CDC).

It is interesting to note that the importance of handwashing varies by gender. Among respondents who say handwashing is only “somewhat” or “not very important,” almost one-third (31%) are male and 17% are female.

How Often Do Americans Wash Their Hands? 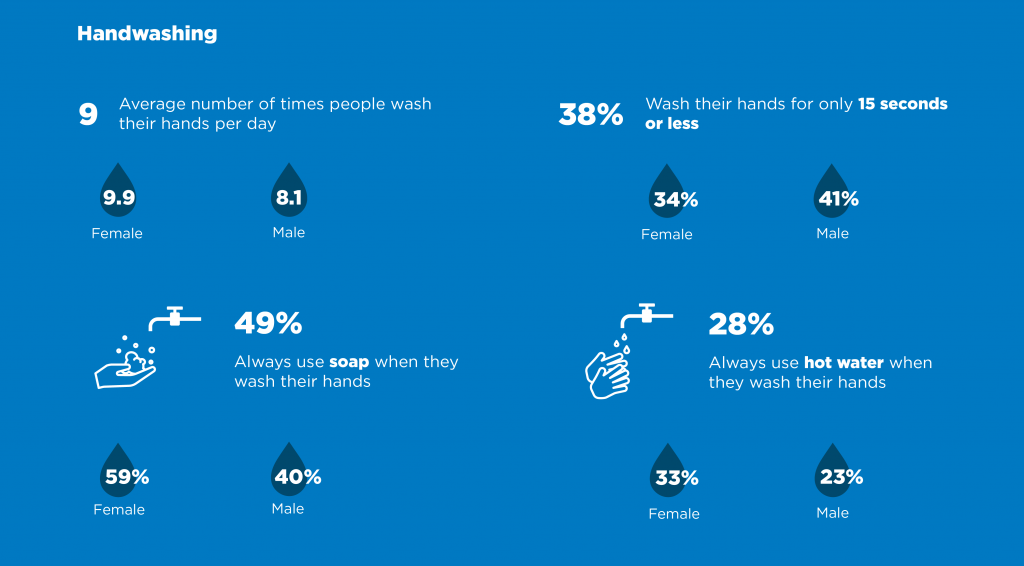 According to the CDC, proper handwashing hygiene includes using soap and scrubbing your hands for at least 20 seconds (or long enough to hum “Happy Birthday”), but 38% say they only wash their hands for 15 seconds or less. 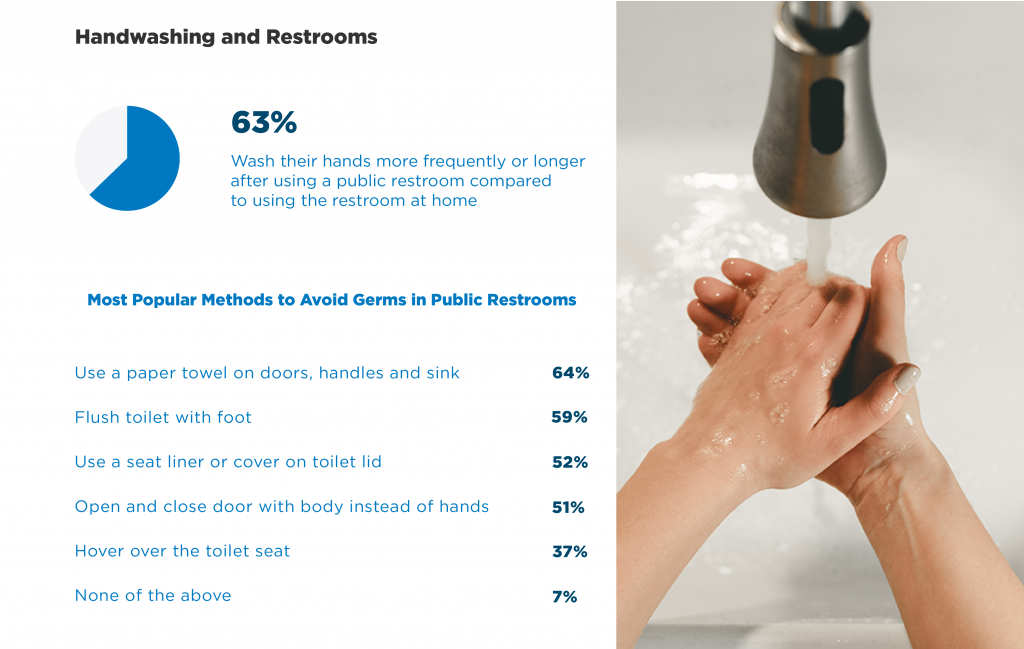 Along with washing your hands after using the restroom at home, it’s also important to do so when you’re out in public. According to respondents, 68% say they wash their hands for a longer amount of time when they use a public bathroom compared to using their bathroom at home.

Washing Hands After Coughing and Sneezing 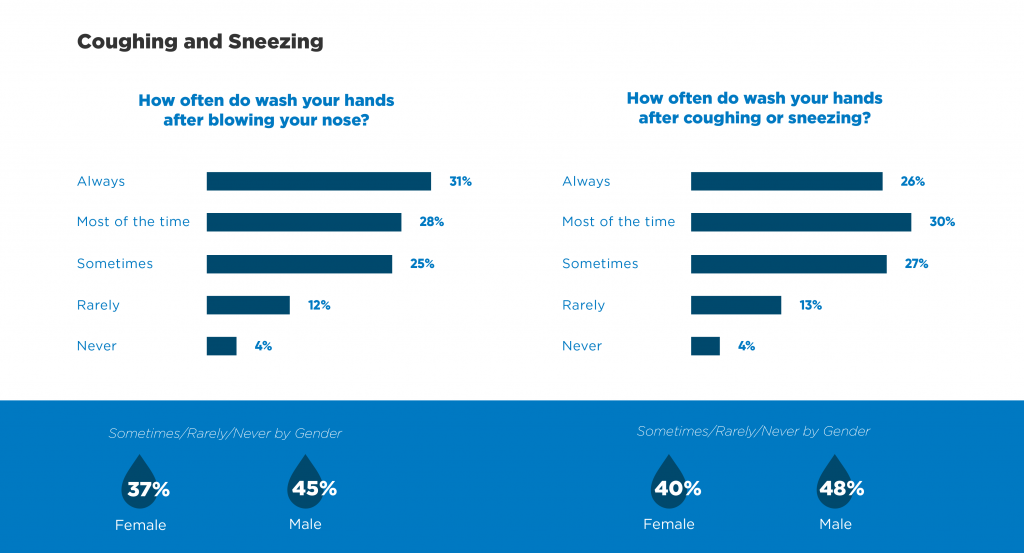 How Many Americans Are “Germaphobes?” 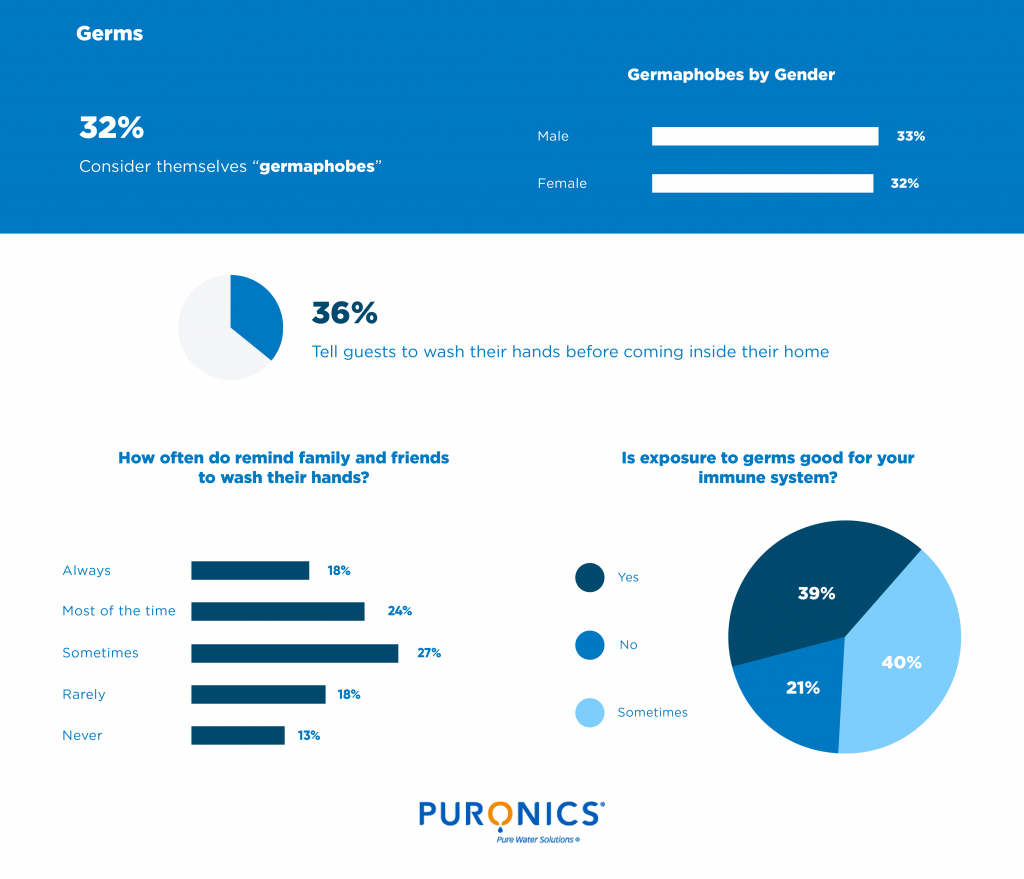 Not all bacteria are bad. Some exposure to common germs at a young age can fortify your immune system. But still, some people want nothing to do with germs and bacteria and consider themselves “germaphobes.” According to respondents, nearly one-third say they’re “germaphobes.” Overall, 39% say that exposure to germs is not good for your immune system while 40% say exposure can “sometimes” be beneficial.

Being a germaphobe might be a little extreme, but it shouldn’t overshadow the importance of maintaining proper hand hygiene. Forming simple habits like remembering to wash your hands with soap for at least 20 seconds can help prevent the spread of germs within your home and when out in public.

Is too much handwashing affecting your skin? Click here to find out if hard water in your home is the cause of skin issues. 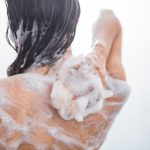 Effects of Hard Water on SkinBlog 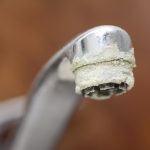 Helpful Tips for Dealing with Hard Water in Your HomeBlog