Salt-based ion exchange water softeners have been the standard treatment method for hard water for over a century. In recent years, salt-free water conditioners have been introduced as an alternative. There are quite a few differences between the two types of water treatment and their capabilities, and they both have pros and cons. Here, we’ll cover how both types work and what the major differences are to help you decide what the best option is for you.

What is a Water Conditioner?

Simply put, a water conditioner is an umbrella term that refers to a system that improves water quality in some way. There are many different types of water conditioners. Some are designed to simply improve taste and odor, while others remove almost all contaminants. Since we’re discussing hard water, we’ll focus on two types: water softeners and scale preventers.

What is a Salt-Based Water Softener?

Water softeners make use of a process called ion exchange. Inside a water softener, there is a layer of media called resin, which is made up of tiny plastic beads. Calcium and magnesium ions, which make water hard, are exchanged for sodium or potassium ions attached to the beads as the water passes through the resin. When the resin is full of calcium and magnesium ions, the system regenerates by going through a backwash cycle during which the resin is rinsed with a brine solution, which replenishes the sodium or potassium.

Removing the calcium and magnesium ions prevents scale from forming on your water heater, pipes, appliances and fixtures. A water softener virtually eliminates water spots on dishes, glasses, shower doors and other surfaces that water touches. Hard water prevents soap from lathering by causing it to form a curd instead of suds. You can reduce your soap usage by at least 50% with a water softener. Clothes washed with soft water stay brighter and last longer than if washed with hard water because soap curd gets stuck between fibers. Soft water can also improve the condition of your hair and skin.

The main problem with water softeners is that they are banned in certain areas. This is due to the excess salt that is discharged into wastewater during the regeneration process. Some municipalities are concerned about the effect that the extra salt has on their local waterways, as it cannot easily be removed in most wastewater treatment facilities. If you already have a water softener and your area decides to ban them, you do not have to remove it. Your property would be grandfathered in and excluded from the ban.

What is a Salt-Free Water Conditioner?

There are several types of salt-free water conditioners, but the most effective kind uses a technology called nucleation assisted crystallization. As water passes through a layer of media made up of tiny plastic beads, the calcium and magnesium ions stick to nucleation sites on the beads. There, they form microcrystals which break off the bead when they get to a certain size, and they do not adhere to other surfaces. As these microcrystals pass through pipes and other water-using appliances, they can reduce existing scale because they attract the calcium and magnesium ions. A salt-free water conditioner requires no electricity and does not produce any wastewater.

The main problem with a salt-free water conditioner is that it does not remove the calcium and magnesium, so soap still forms a curd. This requires you to use more soap to get the same cleanliness compared to soft water. You’ll still get hard water spots, and you won’t see the same skin and hair benefits that you do with a salt-based water softener.

Which Type is Right for You?

Choosing between these two types of water conditioners really depends on what’s most important to you. With both types, the damage from hard water to your plumbing and appliances will be reduced. If you want all the benefits of soft water, including softer skin and hair, reduced soap usage and virtually no water spots, then you want to get a salt-based water softener. If you are mostly concerned about the damage to your plumbing and appliances and want to save water and electricity, then a salt-free water conditioner would be best. Puronics offers both salt-based water softeners and salt-free water conditioners.

Read our other blog posts to learn more about hard water and what you can do about it, or contact us today to schedule your free water treatment consultation. 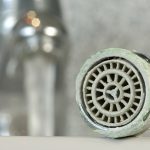 Hard Water: The What, Why and How of Water HardnesBlog 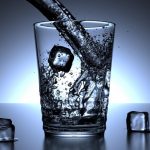 How Does Reverse Osmosis Work?Blog